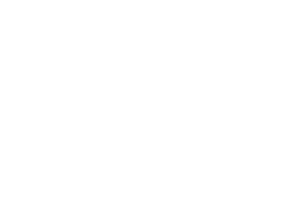 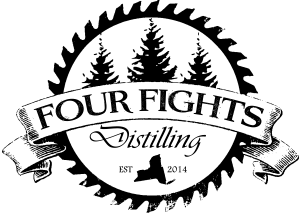 This night of raucous laughter brings the best damn talent from Ithaca, Binghamton, and Albany to your new home for stand-up comedy in Corning: Four Fights Distilling. Leave your kids to some other hapless sod for the night and join us for refined cocktails and ridiculous comedy. Don’t have any kids? Come for the jokes and to pre-game for Jonny’s sick rager.

Mark Buckler
Your magnanimous host. Mark is the result of a deranged experiment to combine an ivy league PhD student with a low-life comedian. Having performed stand up on the east and west coast, his unique blend of silliness and sharp wit will leave you laughing and thinking.
https://www.facebook.com/MarkBucklerLaughs/
https://twitter.com/Mark_Laughs

Kenneth McLaurin
Kenneth, the North Carolina native has long gone by the moniker, “The Funniest Person You’ve Never Heard Of.” As a southern boy, living in Upstate NY, Kenneth’s southern fried outlook on parenting, marriage, divorce, our culture, and life in general, keeps audiences laughing with his infectious energy and affable nature. “Life’s a joke, find the funny” is his life’s motto, and all that know him will tell you Kenneth, has certainly found it. Witty, Clever, Insightful, sometimes Shocking, but always Funny is what you get with Kenneth.
https://kennethmclaurin.com/

Makenzi Berg
Comedian and Producer, Makenzi Berg can be seen in clubs throughout the Capital Region and all over the state of New York. She’s the first place winner of the 2018 Utica Brew’s Laugh Contest and currently a Producer for Laughs on Lark, in Albany. She also Co-hosts and runs open mics at Savoy Taproom and Comedy Works in Saratoga. Makenzi’s humor has been described as charismatic, honest, and at times a bit silly. (Shark onesie strip teases for everyone!) A new comer to the Albany Scene, she has been turning heads for all the right reasons. Funny, Smart, and just entertaining.
http://www.makenziberg.com/

Mike Peters
He’s a Binghamton comedian and co-founder of P.S.Y.C.H. 607. Peters specializes in self-deprecating, observational humor. He’s a regular host at Spotlight in Binghamton and ran the Matty B’s open mic for a year before its close. Peters performed at the Funny Bone in Syracuse, the Greenwich Village Comedy Club in New York City, won the Utica Brews Laugh Contest and opened for Super Troopers’ Rabbit, Erik Stolhanske and Gilbert Gottfried. Peters told jokes throughout New York and Pennsylvania on the Family Circus Comedy Tour and produces shows all over the Binghamton area.
https://www.facebook.com/MikePetersComedian/

Deidre Mollura
Deidre Mollura is one of Ithaca’s strongest comedians. A co-founder of the Itha-ha comedy group, Mollura is a collector of oddities and a lover of the weird things in life. Mollura performs all across New York, was the runner-up in the 2018 Matty B’s Roast Battle championship and the Finger Lakes Funniest competition. She works for food, drinks and one time, a tomato plant.
https://www.facebook.com/Itha-ha-473406576328344/

Bryan Rylott
An open book on stage, Bryan Rylott spins hilarious tales about his unorthodox life on stage for everybody to enjoy. An Ithaca comedian, Rylott is non-stop laughs and is as quick as they come. He was crowned the Finger Lakes’ Funniest in 2018 after finishing second in 2016.